SIGRID KAAG: “WE OUGHT NOT TO FORGET THE DEBT CRISIS HANGING ABOVE THE SURINAMESE GOVERNMENT LIKE THE SWORD OF DAMOCLES”

In the context of the first online trade mission to Suriname, Dayant Ramkalup had a conversation with the Dutch Minister of Foreign Trade and Development Cooperation; Sigrid Kaag.

After President Santokhi took office, the interstate relations between the Netherlands and Suriname improved. This marks the end of 10 difficult years. Both governments now aim for friendly trade relations, based on mutual respect, shared norms and equality. The only way forward is a new perspective, though the past is not erased. Inferring wisdom from past experiences remains relevant. Dayant was curious about how the trade relationship will develop over the next years. Are we likely to see a clash between pragmatism and idealism? If and how will moral values be relevant in the trade relationship or will foreign policy mostly be aimed at efficiency?

Suriname has a list of pressing issues. Failing institutions, corruption and rising deficits have disastrous consequences. The previous government, led by former president Desi Bouterse came under scrutiny due to inefficient policies, power abuse and painful incidents from the past. I have put my hope in the newly elected government led by Chandrikapersad Santokhi. The aim is to generate long-term wealth and stability. The new government has promised the people to act respectably, though nepotistic tendencies are cause for worry.

Thursday, 19 November 2020, Dayant had the pleasure of meeting Sigrid Kaag, the Dutch Minister of Foreign Trade and Development Cooperation.

Which obstacles is the trade relationship between Suriname and the Netherlands facing?

“I find it hard to give a clear-cut judgement. Based on policy documents and advice I have received, one must conclude that the bureaucratic process in Suriname is only slowly moving, although we ourselves have some improvement to make as well in that regard. Additionally, the country has been isolated for a very long time, which requires a rethinking of public and private mechanisms and procedures. Such a restructuring process offers great opportunities for foreign investors. Dutch companies could for example decide to share their knowledge about how to organize certain management processes.”

“I believe that both parties wish to handle matters properly. The Netherlands can support Suriname through this difficult period of economic downturn. The Surinamese people have high expectations, but it is important to remember that change is a process which requires time. We ought not to forget the debt crisis hanging above the Surinamese government like the sword of Damocles. To add insult to injury, Suriname is also struggling economically during the raging international health crisis and drop in international trade. In light of such developments, the Surinamese government rightfully proposed an ambitious policy programme, aiming to get the country back on track. Their approach deserves support. We should therefore focus on pragmatism.”

The partnership can be understood in a broader framework of Economic Partnership Agreements (EPAs). The EPAs are trade agreements between the European Union and the ACS-states: 79 states in Africa, the Caribbean, and the Pacific. The EPAs contribute to the development of vulnerable countries. Through this agreement, the most vulnerable states are also able to participate in the European markets at extremely low tariffs. Conversely, the ACS-states are allowed to protect their economies, for example through higher import tariffs.

Lees hier meer: SIGRID KAAG: “WE OUGHT NOT TO FORGET THE DEBT CRISIS HANGING ABOVE THE SURINAMESE GOVERNMENT LIKE THE SWORD OF DAMOCLES”
Prevvorige
volgendeNext 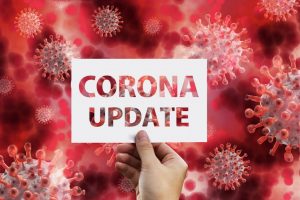 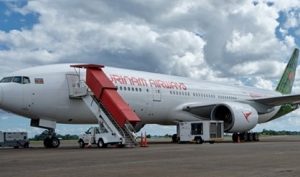